The Physical First Principle is a phenomenal tool for ministry.

It offers a pathway to discerning and teaching spiritual truth.  Ministers use it most often when preparing sermons and Bible studies.
When applying this resource, a moderate level of difficulty should be expected.
Michael Mooney, Ministry Practitioner
Reporting for National Association of Christian Ministers
Department: Philosophy of Theology

“This is what Scripture says: The first man, Adam, became a living being. The last Adam became a life-giving spirit. The spiritual does not come first, but the physical and then the spiritual.” (1Co 15:45-46 GW).
In order to discuss this principle, it is important to establish a concept of reality. There are at least two realms of Biblical reality:
It is in these two concepts that the Physical First Principle may be understood.

1) the world (or matter), -trees, clay, water, skin, etc.) and
2) the context (or circumstances) in which matter exists.
From a Biblical perspective, physical reality began in Genesis 1:1 which states, “In the beginning God created heaven and earth.” (GW).  This also seems to be the circumstances in which time was formed –“in the beginning…”  Therefore, it may be concluded that time is attached to physical reality.
Here is an easy example: 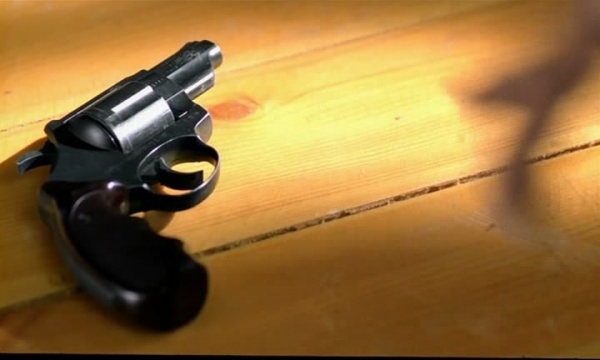 Provided that you are not experiencing a hallucination, we have just identified physical reality.

Therefore, in order for physical reality to exist, there must be at least two elements present: 1) matter, and 2) a set of time sensitive context surrounding that matter.

Spiritual reality is something very different.  In fact it is so different that some people deny that it exists at all.   The Apostle Paul notes this saying, “The natural person does not accept the things of the Spirit of God, for they are folly to him, and he is not able to understand them because they are spiritually discerned.” (1Co 2:14 ESV).
Spiritual reality may be included in the previous example involving the handgun by consideration of the invisible forces influencing the physical context. They offer understanding to these questions:
Nevertheless, spiritual reality is understood to exist as the ultimate and defining authority of reality altogether –both physical and spiritual.  Spiritual reality is probably best described as the purest and ultimate form of truth. 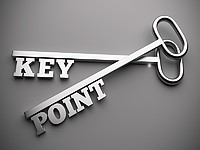 Key Point:
We must look to the physical to understand the spiritual.

Applying the Physical First Principle in the “Real World.”

The Physical First Principle demands that we consider the present circumstances of every attempt of ministry, and use those observations to locate God in the situation.
Some have made the statement that Christians can at times be so Heavenly minded that they are of no earthly good.  Unfortunately, this is sometimes closer to the truth than we would care to admit.  For even Jesus notes this in Luke 16:8.
Consider how Jesus approached ministry:
What might be learned from this?  That God’s personal approach to ministry was to make His message understood as “relevant” because He used it to meet people’s physical needs (first) in order to care for their spiritual (second).
God has ordered this protocol, and it is essential to truly attempting to know more of the wonders of God. Jesus demonstrated this by becoming the “second Adam” (in spirit) to undo the damage of the first Adam (the physical).   Notice that all of creation hinges on the humans that God has placed in the earth.  Because Adam sinned, God cursed the ground of the earth.  Consider how our physical environment was affected:
Rom 8:19-24 GW 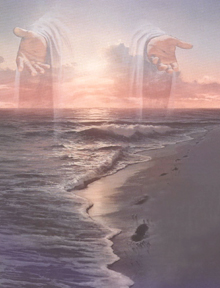 This passage demonstrates that God has made a clear connection between the physical and the spiritual.  The present suffering condition of the earth exists as a physical daily reminder of the spiritual conditions under which humanity exists as a consequence of sin.  Therefore, the Physical First Principle teaches us to look to the world that God as created as a means by which to locate Him in our lives.
Paul furthers this understanding saying, “What can be known about God is clear to them because he has made it clear to them. From the creation of the world, God’s invisible qualities, his eternal power and divine nature, have been clearly observed in what he made. As a result, people have no excuse.” (Rom 1:19-20 GW).
God made humans as parts of both physical reality and spiritual reality.  “Jehovah God formed man of the dust of the ground [physical], and breathed into his nostrils the breath of life; and man became a living soul. [spiritual] (Gen 2:7 MKJV).
Further consideration of Romans 1:19-20.
Further Consideration of 1 Corinthians 15:45-46.
A perfect conclusion of this introduction to the Physical First Principle is in the words of Jesus spoken to Nicodemus:
“That which is born of the flesh is flesh, and that which is born of the Spirit is spirit.
If I have told you earthly things and you do not believe, how can you believe
if I tell you heavenly things?” (Joh 3:12 ESV).
Attention Ministers: How might you use this tool in your ministry?